In a village just outside of Dartmoor, where flowers were many and faeries were friends (or foes), an elderly woman lived in a small cottage nestled i
Posted by Theresa Koch
Tags:
#fairy #fairies 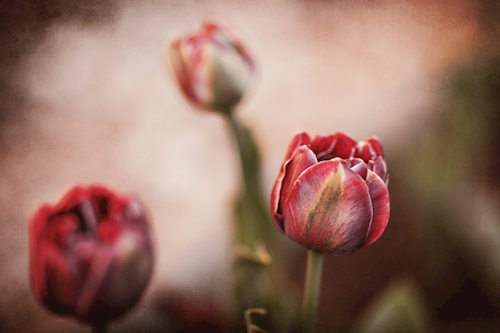 In a village just outside of Dartmoor, where flowers were many and faeries were friends (or foes), an elderly woman lived in a small cottage nestled in the trees.

Although she lived alone, she was never lonely. Her house was modest, but her garden was full of rosemary, lilies, lavender, forget-me-nots, primrose, and hollyhock. Her garden was the envy of the neighbors, who often peaked their heads over the shrubs to admire the old woman’s flowerbeds. Even though she spent her days pruning and tending to her plants, they always looked so natural, as if they had been a part of the English countryside since the dawn of time.

One evening, the woman sat outside admiring the nearly full moon when she heard what sounded like the tinkling of bells. The old woman knew it was likely the faerie folk, for the little people often left faerie rings in her yard. Not wanting to intrude on their evening plans, the woman went inside and readied herself for sleep.

But no sooner had she crawled into bed did she hear the bells grow quiet, and then, a lullaby began. The woman peaked outside the window, which faced her beloved tulip bed, and saw the red flowers swaying to the soothing melody. Even though her eyes were not as good as they once were, with the moon high in the sky, she spotted a line of faeries, all waiting to tuck their children into the tulips’ soft petals. The faerie mothers sang their sweet song as the tulips rocked the babies to sleep.

The old woman fell asleep shortly after, her heart full of joy. Her body and soul overflowed with love for the little people, who loved the flowers as much as she.

This went on for years, and each season the tulips were the last of the flowers to wilt. Ever since that night when the old woman realized that the fae folk used the tulip bed as their nursery, she never again pruned or cut a single blossom.  Each night, she left them a bowl of fresh water for bathing and a thimble of honey as thanks for tending to the flowers.

But one Spring evening, the women laid down to rest for the very last time. Rumor says that her spirit drifted away with the faerie song, and when the sun rose the next day, the garden mourned her absence.

As the story goes, the small cottage was purchased by a farmer, who announced his plans to grow only that which he could sell for profit. He tore up the roses, the peonies, and the Lady’s Mantle. When the neighbors suggested that he keep the tulips out of respect for the old women and her beloved faeries, the farmer scoffed at the idea.

He discarded the red tulips and replaced them with a bed of parsley. Although he claimed to be an experienced farmer, he did not know that transplanting parsley was bad luck and offending the fae folk was even worse.

The neighbors watched the color fade from the cottage, and no matter how much the farmer sowed and tilled, he never harvested a single thing. The potatoes got blight, the carrots never sprouted, and the beets turned to mush in the ground.

Eventually, the farmer (who was now broke and hungry) packed his bags and abandoned the little cottage nestled in the trees.

Over time, the weeds thinned, and the birds returned to make nests in the trees. They scattered seeds that sprouted into wildflowers and attracted the bees. In the end, the cottage regained its color, and the faerie song returned.

However, as much as the neighbors hoped and prayed, the red tulips never reappeared in the garden.

But, if you walk due north, you’ll find the old woman’s headstone. Since she was the last of her family to perish, there was nobody to tend to her grave.

Except for the fae folk.

Each month, when the moon nears full, the faerie mothers return with their children. They sing as they tuck them into the soft folds of the ruby-red tulips, the flowers that inexplicably surround the resting place of the woman who spoke the language of the faeries.