Blogs The Little Girl and the Winter Whirlwinds

The Little Girl and the Winter Whirlwinds

Back when humans and animals were friends, and magic was an indisputable part of everyday life
Posted by Theresa Koch
Tags:
#story 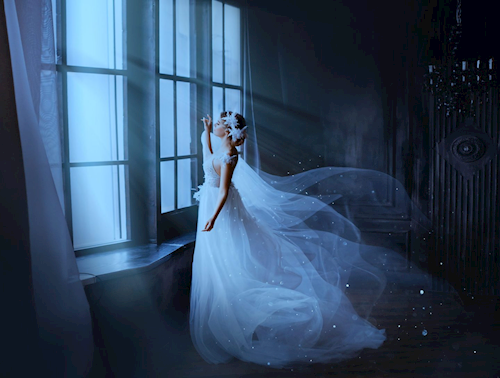 Back when humans and animals were friends, and magic was an indisputable part of everyday life, there was a young girl who lived in the Bulgarian mountains. The girl was an orphan, but she lived with her grandfather, and every person and creature within their small community was family.

One morning, everyone in the village awoke to discover that overnight, the Winter Witch had completely buried their homes in snow. The villagers needed a plan, so they made tunnels in the snow that connected one house to the next. They gathered in the grandfather’s home to keep warm and discuss their precarious situation.

Everyone in the village was worried. It was obvious that the Winter Witch was planning for a permanent season of Winter.

But how could that be? Their beloved Father Frost had always arrived by now. The good wizard would never let the Winter Witch sit on the throne this long. And according to their calendars, Spring was just around the corner.

The villagers decided that the only way to defeat the Winter Witch was to journey to the tallest mountain top. It was there that they would find the home of Father Frost, the only person who could help them.

But the journey was long. It was dangerous. It was filled with icy caverns and winter whirlwinds that could easily sweep the most experienced climbers right off the mountainside.

The grandfather lamented that he should be the one to go, but the villagers declined his offer. They knew that Father Frost’s mountain was too steep for an old man to climb.

“I’ll go,” said the young girl. “I may be small, but I am nimble as a goat and brave enough to tame the winter whirlwinds.”

At first, the villagers were skeptical, but they eventually gave in to the young girl’s proposal. Her winter clothing was tattered and worn, so her friends dressed her in their warmest mittens, coats, and hats. With one last wave to her grandfather, she tunneled her way outside and set forth to face the Winter Witch.

The little girl wasn’t even halfway up the mountain before her footsteps disturbed the winter whirlwinds from their slumber. When they saw that it was a child who had woke them, they laughed. It would be easy to push her down the mountain.

The whirlwinds swirled around her feet and nearly blinded her with snow, but thanks to the new gloves and hat from her friends, the young girl hardly noticed the drop in temperature.

Eventually, the whirlwinds grew tired, so they called on their siblings, the blizzards, to push the girl off the mountain.

The blizzards arrived stronger and angrier than the whirlwinds. They tore at her woolen jacket with gusts that brought tears to her eyes, but she continued. Where her clothing failed, her big heart kept her warm.

When the blizzards were too exhausted to go on, they had no choice but to call on their mother—the Winter Witch.  As the Queen of Winter, she would know how to take care of this intruder.

Instead of appearing in the form of a whirlwind or blizzard, the Winter Witch had a different idea. When she saw that the little girl was nearing the top of the mountain, the witch materialized in her path. But rather than show her true form, she appeared as a angel.

Satisfied that the girl would never wake from her snowy dreams, the Winter Witch returned to the village to celebrate her victory.

Lost in the land of dreams, the young girl was unaware that the freezing temperatures had sucked the rosy warmth from her cheeks. But just when her body started to go stiff, and all hope seemed lost, a tiny mouse emerged from its burrow. When the mouse realized that it was still winter, it was about to go back inside when it saw the little girl.

Alarmed that the girl was on the verge of freezing, it ran to her side and started massaging her hands. But it needed more than one set of paws to release her from the Winter Witch’s spell, so it called on the rest of its family for help. When that wasn’t enough, the mouse called on its friends, the rabbits and squirrels, to completely cover her in a layer of fur.

Within minutes, her cheeks flushed pink again, and her eyes fluttered open. She thanked her small protectors and explained that she was on her way to see Father Frost. The animals were so excited about the promise of warmer days that they helped clear a path and accompanied the young girl on the final leg of her journey.

Barely able to contain their excitement, the little girl’s mittened hands and dozens of paws knocked on Father Frost’s door. They knocked and knocked, but there was no answer. Worried that something terrible had happened, the young girl and her entourage tested the doors and windows until they found one that was unlocked. Once inside, they followed the snores and found Father Frost on his throne—sleeping!

The creatures jumped in the good wizard’s lap and tickled him with their fur until he woke with a laugh. He was shocked to see his house full of woodland creatures and even more surprised to see that a small girl was the pack leader. She explained the danger that her village was facing, and how the Winter Witch was trying to take over Spring. She told him about the whirlwinds, the blizzards, and the lullaby that nearly took her life.

Father Frost was enraged. He wasted no time waking the rest of his subjects, clearing the snow clouds from the skies, and beginning the hunt for the Winter Witch. He gave the girl a great hug and thanked her for her bravery before sending her back down the mountain.

By the time the heroine and her creatures reached the village, the snow had already begun to melt.

Thanks to her, Winter was over. Spring was looming on the horizon.