When the sun is high, and the fields are awash with blooms and bees, the Old Man of the Sky looks down from his perch in the clouds.
Posted by Theresa Koch
Tags:
#storytime 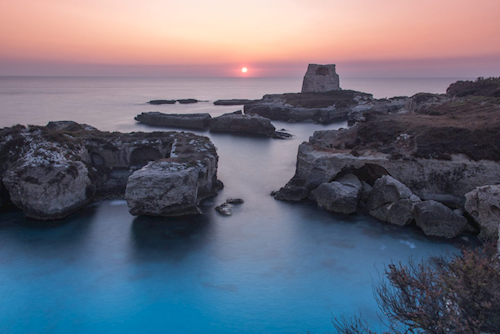 When the sun is high, and the fields are awash with blooms and bees, the Old Man of the Sky looks down from his perch in the clouds. The Sky Father’s soul is ancient, immortal, and wise, and although he loves all the seasons, he enjoys the summer months most of all.

His fondness isn’t just because warmth and light are some of Mother Nature’s greatest gifts, but because at the Summer Solstice, Dusk and Dawn will reunite once more. After a year of admiring one another from afar, as soon as the sun reaches its zenith, Dusk and Dawn will meet for their annual Midsummer dance.

Dusk and Dawn are the old man’s helpers, responsible for maintaining balance in a world tied to chaos. As thanks for their service to the divine order of life, the Old Man of the Sky blesses his companions with eternal youth and hearts that will never harden.

Each day, while Dusk sleeps, the old man watches the sun journey across the heavens. When the sun is just about to set, he wakes Dusk, his loyal helper, and says to her: “Into your care, my girl, I give the setting sun. You have to douse the light every night, so it will not harm anybody on its way to slumber.”

And so, she does.

And the next morning, when the sky is still dark, but the stars have already faded from sight, the old man wakes his other faithful helper, Dawn. The Old Man of the Sky says to him, “Your job, my boy, is to relight the sun every morning and prepare it for its daily travels.”

This ritual has been going on for…well, for as long as the Old Man of the Sky can remember.

During the dark months, when the nights are so long that the sun barely has enough strength to peek over the horizon, Dawn uses his hands to encircle the flame, protecting the precious light from the weight of winter.

And in spring, when the sun glows brighter, hotter, and more vibrant thanks to months spent in a state of near-dormancy, Dusk takes special care when extinguishing the light. For although sunlight is a welcome gift, one that nourishes cold bodies and chilled hearts, she knows that too much of anything is not a blessing but a curse.

Because when we consider the seasons, the cosmos, and humanity in general, constancy is the precursor to chaos.

When Midsummer arrives in certain parts of the world, the sun does not sleep a wink. On these days, Dusk and Dawn meet at the old man’s palace in the sky. Dusk hands the sun (which has only started to dim) to Dawn, who exhales a fresh breath of light into the celestial orb.

And all day, and all night, while the sun journeys across the sky, Dawn and Dusk stand rooted in place. They face one another with their hands intertwined and their eyes alight with Midsummer possibility. From their perch in the clouds, they sway to the rhythm of nature—a divine melody formed by the sea, the wind, the birds, and the trees.

But neither Dusk nor Dawn dared say a word to the old man about their love. They were loyal helpers and had no qualms about their arrangement. But Sky Father never slept, so there could be no secrets from him. One day, the Old Man of the Sky announced: “Dearest Dusk and Dawn, I am grateful for your service and friendship, but I am not one to interfere with the heart’s path. It is my wish that you two will marry and find new adventures as husband and wife.”

To his surprise, both Dawn and Dusk answered in unison: “Dearest Sky Father, please let us continue our work. We wish to remain young and in love. Yes, our time together is fleeting, but this way, our love will also stay tender and pure.”

The old man was not one to argue with Dawn or Dusk, for they had proven themselves to be wiser than their years. So, the Old Man of the Sky gave his blessing, and all three went back to work.

There is no ending to this story because Sky Father and his helpers live on…and on…and on.

If we need proof, all we must do is wait for June, when the old man seeds the earth, covering the land in blossoms and bees. Watch closely as he searches for the most beautiful flowers to decorate his celestial palace, just in time for Dusk and Dawn to reunite, their hearts brimming with love that is both timeless and tender, sending rainbows of light into the Midsummer sky.

This retelling was adapted from the Estonian folktale “Dusk and Dawn” by Friedrich Robert Faehlmann.