Blogs What does the Bible say about the possibility of Bigfoot/Sasquatch?

What does the Bible say about the possibility of Bigfoot/Sasquatch?

Question: &quot;What does the Bible say about the possibility of Bigfoot/Sasquatch?&quot;
Posted by Theresa Koch
Tags:
#Nephilim #bigfoot 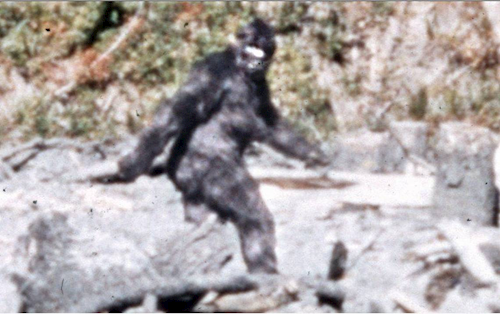 Answer:  Camping late at night in the woods and telling stories around a fire is a rite of passage for many youth. Invariably, the nocturnal setting evokes tales of terror, and the sylvan surroundings almost guarantee that some of those tales will feature the legend of Bigfoot. The better the storyteller, the bigger, more bloodthirsty the beast becomes. After hearing such tales, many a young camper has lain awake in his tent wondering if the strange noises he hears signal the approach of a large, hairy monster—and wishing that tents were made of stronger material.

Bigfoot, sometimes called “Sasquatch,” its Native American name, is a creature of North American legend. Some consider it to be a very large, hirsute bipedal hominid—that is, a big, hairy, human-like creature walking on two legs. The bipedal characteristic is what would separate the Sasquatch from apes, which are quadrupeds. The common appellation “Bigfoot” comes from the fact that the creature reportedly leaves very large footprints. Other cultures also have folklore concerning tall ape-men: the Almas of Mongolia, the Yeti of Nepal, and the Nuk-luk of the Northwest Territories, for example.

Some people believe that Bigfoot is a Neanderthal-type human species, a “missing link” between humans and apes. Others believe it is a species of nocturnal ape, descended from an extinct genus of 10-foot-tall ape called Gigantopithecus.

Some people look into the Bible and claim to find “proof” that Bigfoot exists. Usually, the theories involve Esau, Cain, or the Nephilim. Esau was born covered with hair (Genesis 25:25), and his descendants, the Edomites, were enemies of Israel. These facts lead some to speculate that the creatures we call “Bigfoot” are actually modern-day Edomites, who have inherited Esau’s trait of being “a man of the field” (Genesis 25:27).

Another theory involves Adam and Eve’s son Cain. Cain was, of course, the first murderer, and he was cursed by God and condemned to be “a restless wanderer on the earth” (Genesis 4:12). Some theorize that Bigfoot is a descendant of Cain. Like his forbear, Bigfoot is cursed to live apart from the rest of humanity and has become monstrous in his appearance. This would make Bigfoot similar to the fictional monster Grendel in Beowulf.

A third theory traces the Sasquatch back to the Nephilim, an antediluvian race of giants produced by the union of fallen angels and human women (Genesis 6:4). Some see the Sasquatch as a remnant of the Nephilim, or perhaps a new breed of creature produced the same way.

Still other Bigfoot enthusiasts use complex “Bible codes” based on numeric sequences to find the Sasquatch in the Scriptures. These numerologists claim to have discovered mentions of “Bigfoot,” “beast of the earth,” “hairy” and “wild man” in the Bible, all in the same context.

All these theories share a common weakness: the creature they are attempting to explain is legendary. There is no real evidence for the existence of Bigfoot. Belief in such a creature is based solely on anecdotes and hearsay—and some footprints, which are easily counterfeited. In the hundreds of years that people have been hunting the Sasquatch, no one has ever caught one, dead or alive. Many have claimed to have shot Bigfoot, yet a carcass has never been found. This is not to say that it is impossible for Bigfoot to exist; there could be a rare species of gorilla living in the remote areas of North America. But, again, there is no hard evidence.  As of yet that is to say? 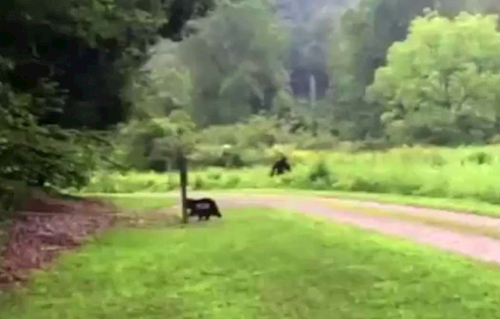