Blogs The Stillness of Winter…January

We turn inward to face ourselves in the shadow of the year. This is the time of the new moon and the crone.
Posted by Theresa Koch
Tags:
#january#winter#crone 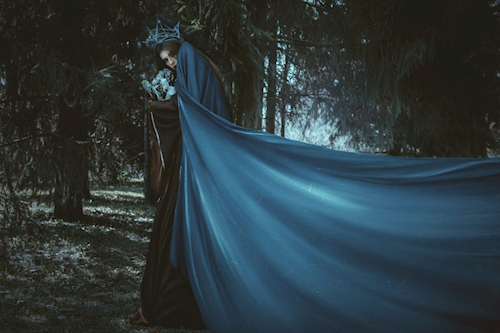 And the Stillness of Winter…

We turn inward to face ourselves in the shadow of the year. This is the time of the new moon and the crone.

January arrives with a new year on the Gregorian Calendar, 2021 is here. And in the days after the Winter Solstice, and the season of Yule, we acknowledge that the days will again grow longer in the Northern Hemisphere.

Snow creates a soft blanket over the lands of the North, and collectively we have space and time to work on developing our internal magic.

January is a beautiful time for dream divination, for candle magic, and for building an altar. As we look ahead to what this next year has to offer, to build, and to teach, how will we set our intentions for the season of Aquarius, for 2021, for our own creativity and projects?

In the Season of Yule, we celebrate the feast of Epiphany or Three Kings Day on January 6th. La Befana, the Christmas Witch is known to fly on January 6th. She is a witch of Italian folklore, who delivers gifts to the good children of the land.

Imbolc is the day of the poet Goddess, Brigid. Imbolc is celebrated between February 1st and 2nd. Halfway between the winter solstice and the spring equinox, Imbolc is a crossroads between the seasons. Translated it means ewe’s milk.

In Ireland, Imbolc represents the beginning of the year. The Celtic Goddess Brigid presides over this holy day. Brigid is the goddess of medicine, fertility, springs, and poetry. During January, we work with these energies as they make themselves visible to us.

The Wild Hunt is the procession of the spectral haunts across the sky in the days following the Winter Solstice. Some say that this procession continues into January, as the veil is thin. The myths surrounding this parade are varied depending on which part of the world you call home, ancestrally or otherwise.

Cŵn Annwn are the hellhounds in Welsh Mythology. They are associated with The Wild Hunt. They are said to hunt on specific sacred nights of the winter months. Legends say that their howling is at its loudest while furthest away, and that it becomes more quiet as the hounds approach.

Legends say that in the early days of January, the moon goddess Diana, accompanied by Satia and Abundantia, respectively the personifications of satiety and abundance, used to fly over the fields, to make them fertile. Diana, Satia, and Abundantia can be called upon as you stretch your own wings in the New Year.

The celebrated stone for the month is Moonstone.

Moonstone is associated with both compassion and empathy. Moonstone is known to help us to tap into our intuition and enhances psychic abilities and clairvoyance.

On the Celtic Tree Calendar the month of January is Rowan

The Rowan is associated with astral travel, personal power, and success. A charm carved into a bit of a Rowan twig will protect the wearer from harm.

Aquarius is known to be progressive, independent, intelligent, unique, and idealistic. They are associated with the element of air. How can you work with your astrological placements in Aquarius during January?

Our New Moon in January will come to us on January 13th in the sign of Capricorn.

Our Full Moon in January will arrive on January 28th in the sign of Leo.

On the day that La Befana flies, what epiphanies may be brought our way? And if we listen closely we might hear the paws against the earth of the Welsh hellhounds.

As we flow toward the days of the Goddess poet, how can we craft our own magical story?